Jonathan Djanogly welcomes Government compromises secured in the House of Lords but raises concerns about the increasing power of the Executive versus Parliament and calls for the urgent reform of the provisions for scrutinising proposed international treaties. 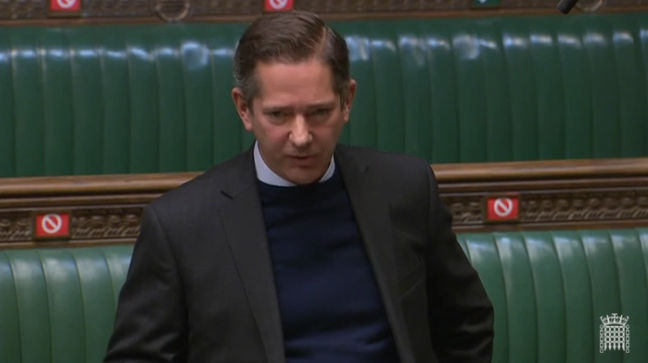 The ongoing disputes over the Bill have not related to the content of private international law treaties, but rather to parliamentary scrutiny of orders made pursuant to PIL treaties and scrutiny of the PIL treaties themselves. As far as the order-making powers are concerned, we have ended up today with a welcome compromise, eked out in the other place following a significant defeat and general kickback from basically everyone for the initial proposals for a Henry VIII clause.

To that end, there were counterproposals to limit the scope for orders to specific treaties, for reports to be laid before auditors and to a stated timetable and for a super-affirmative procedure. Although none of those proposals has been accepted, others have been. I welcome the concessions offered today by the Minister, who I have to say has now listened, in terms of the exclusion of some level of criminal offences punishable by prison, the introduction of a five-year sunset clause, albeit a renewable one, and a prior duty to consult on orders, although only with such persons as the Secretary of State thinks appropriate. That is, frankly, as far as we are going to get on this and I shall support what is offered. However, I wish to make two related wider points.

First, while Government suggest that the PIL treaties are non-contentious, the sweeping scope and initially non-restricted life of order powers clearly represent a significant increase in the power of the Executive. It is also an attack on the constitutional principle that international agreements should only change domestic law if they are instituted by Act of Parliament. Here we need context, because if one looks at the range of current Government Bills, one sees time and again power being removed from this place to the Executive. That was recently described by one journalist as this Government’s Maoist tendency.

It may be that recent staff changes at Number 10 are going to reverse that tendency. The Government should keep in mind that the Executive will not always be a Conservative one, and messing with our finely tuned unwritten constitution may not be to the Conservatives’ advantage in the long run.

My final point concerns what has been persistently avoided in the Bill, which is the urgent need to reform the Constitutional Reform and Governance Act 2010 provisions for scrutinising proposed international treaties. Frankly, I have not been able to understand Ministers’ feet dragging on this issue. As things stand, it looks like CRaG reforms are more likely to come in piecemeal via the Trade Bill and the Agriculture Bill. In my view, that sectoral hotch-potch should be managed by the Justice team, to cover all international treaties. I suggest that Ministers apply their many talents to that task.